Cloud is a QR code created on an unusual surface, a chiseled iron plate inlaid with thin silver threads using the traditional South Korean technique called Ipsa. The Ipsa technique requires long hours of work implying concentration, precision and patience, it is a  technique of decoration of the surface of a metallic object in use in the Middle-East and the Far East. I started learning it in 2015 when I first went to Seoul for a course with Hong Jung-sil, a South Korean Cultural Heritage master.

The first stage of this type of metal work consists in cutting narrow undercuts in the surface of the substrate iron. They are made in four different directions with a forged chisel and a hammer. Once the whole surface has been carved, silver threads are forced into the undercuts with a very light hammer. It is necessary to use pure silver. Then the metal undergoes a series of treatments before being finally coated with a vegetal oil that will make the surface of the piece shiny.

The QR code is normally designed to be of widespread use, yet this is a one-of-a-kind piece as there is only one copy of its QR code. Timing is the first QR code created with the Ipsa technique and entirely made by hand. The information it contains is a mysterious and intriguing video.

What’s more, the pattern of this sculpture hides a brooch that can be removed. If this brooch is taken off the sculpture to be worn, it becomes impossible to have access to the virtual part of the code. This brooch is a key that opens a door to the immaterial network: it represents a cloud, a strong symbol that is very popular in Asia. The cloud represents the Internet.

While walking along the streets of Seoul I noticed a deep resemblance between traditional geometrical Korean patterns and the numerous QR codes in town. Making research on these patterns I discovered that like the contemporary QR codes, these patterns carry information and meaningful symbols. Indeed, traditional South Korean geometrical patterns were not used at ramdom, each one was carefully chosen depending on the information it contained.

Made thanks to the support of the Drac Grand Est and The French Institute.

Steel is used for the clasp. 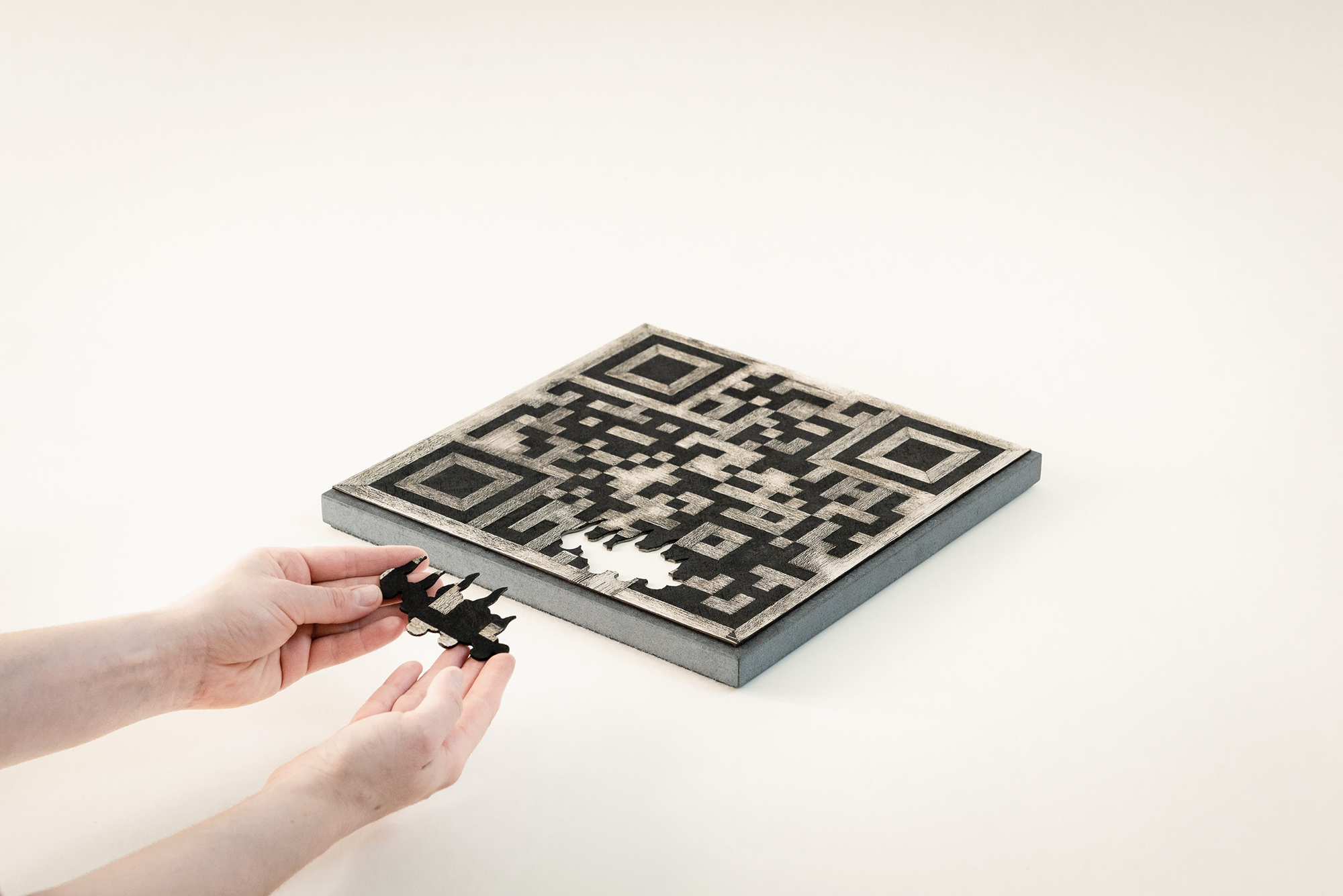 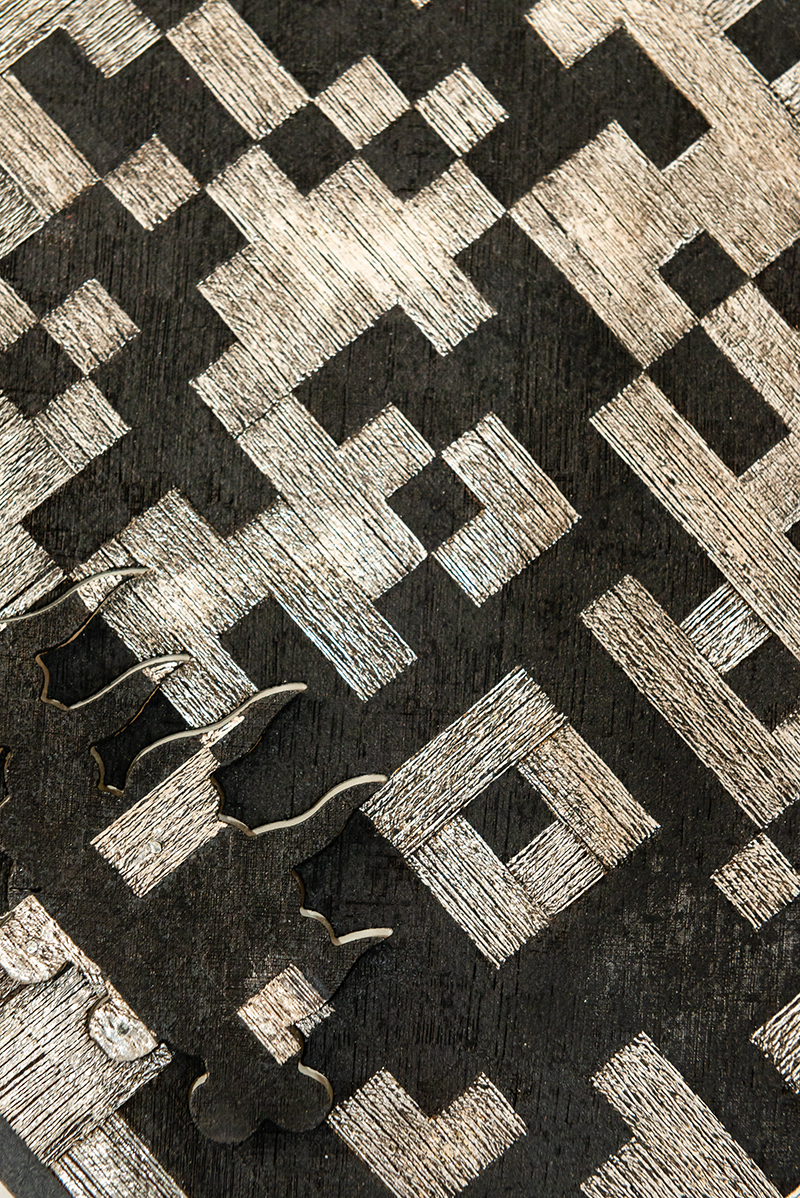