Yupsa is a word of South-Korean origin.

The word was used by 19th century craftsmen to refer to the Ipsa technique, a traditional South-Korean technique of damascening, consisting in inlaying threads of pure silver into finely chiseled iron surface.

Typically, when they use the word Yupsa, old craftsmen talk about this image : leaves falling from a tree and being carried away by the river flow. This image in movement is like a poem, evoking the road travelled by these threads of light ; the threads wend their way into a lanscape, the shimmering patterns vibrate as they dance with the metal.

In the Yupsa collar fastening series, I wanted to experiment the technique in a different way. The threads are inlaid, and  then become part of the hook that fixes the jewel onto a piece of clothing. It is a new perspective for the technique, as  normally the thread is just used to create a pattern on the object.

I have been revisiting the technique to make it my own since Spring 2015 when I first discovered it then studied it, during several artist courses in South-Korea with a South-Korean master. 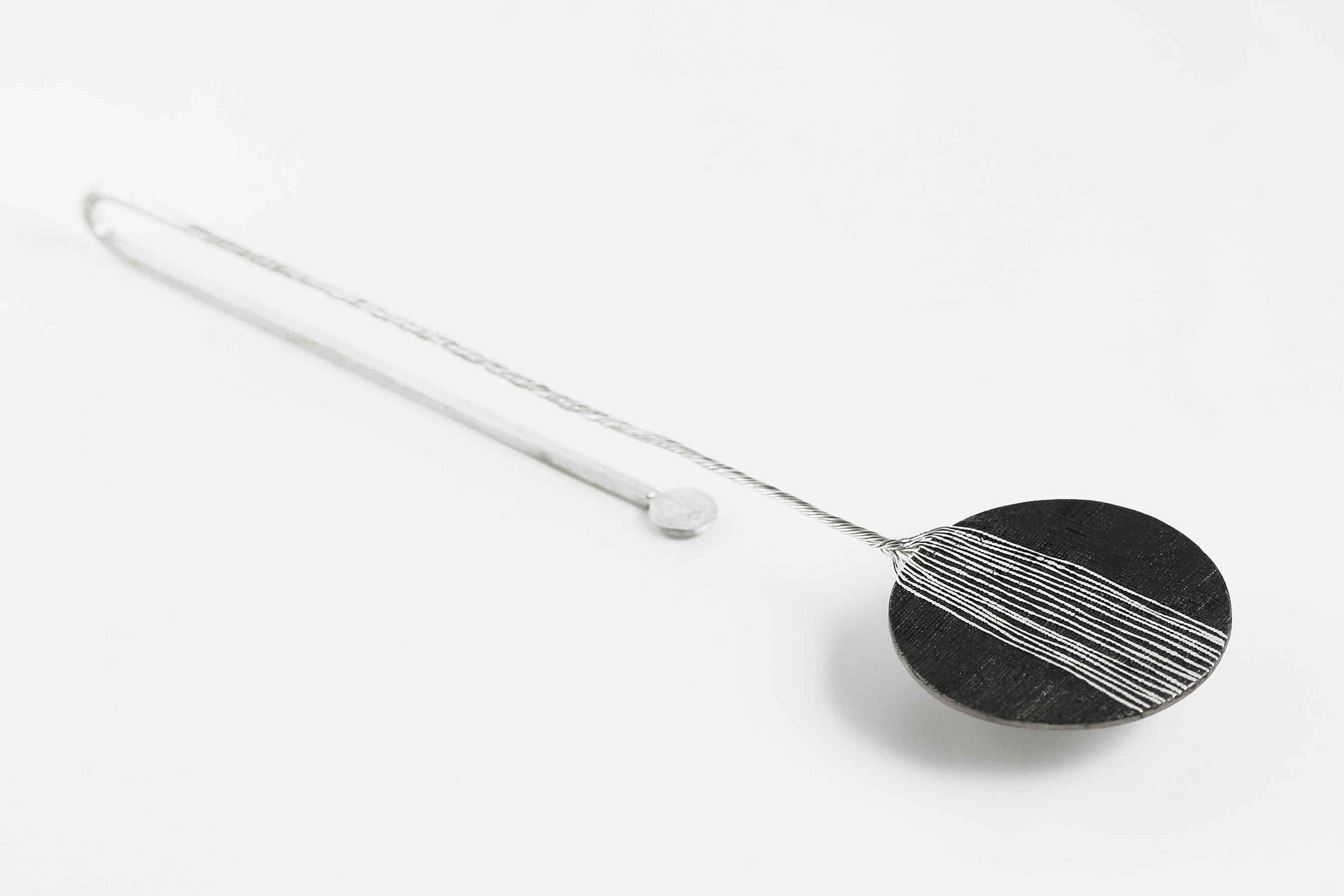 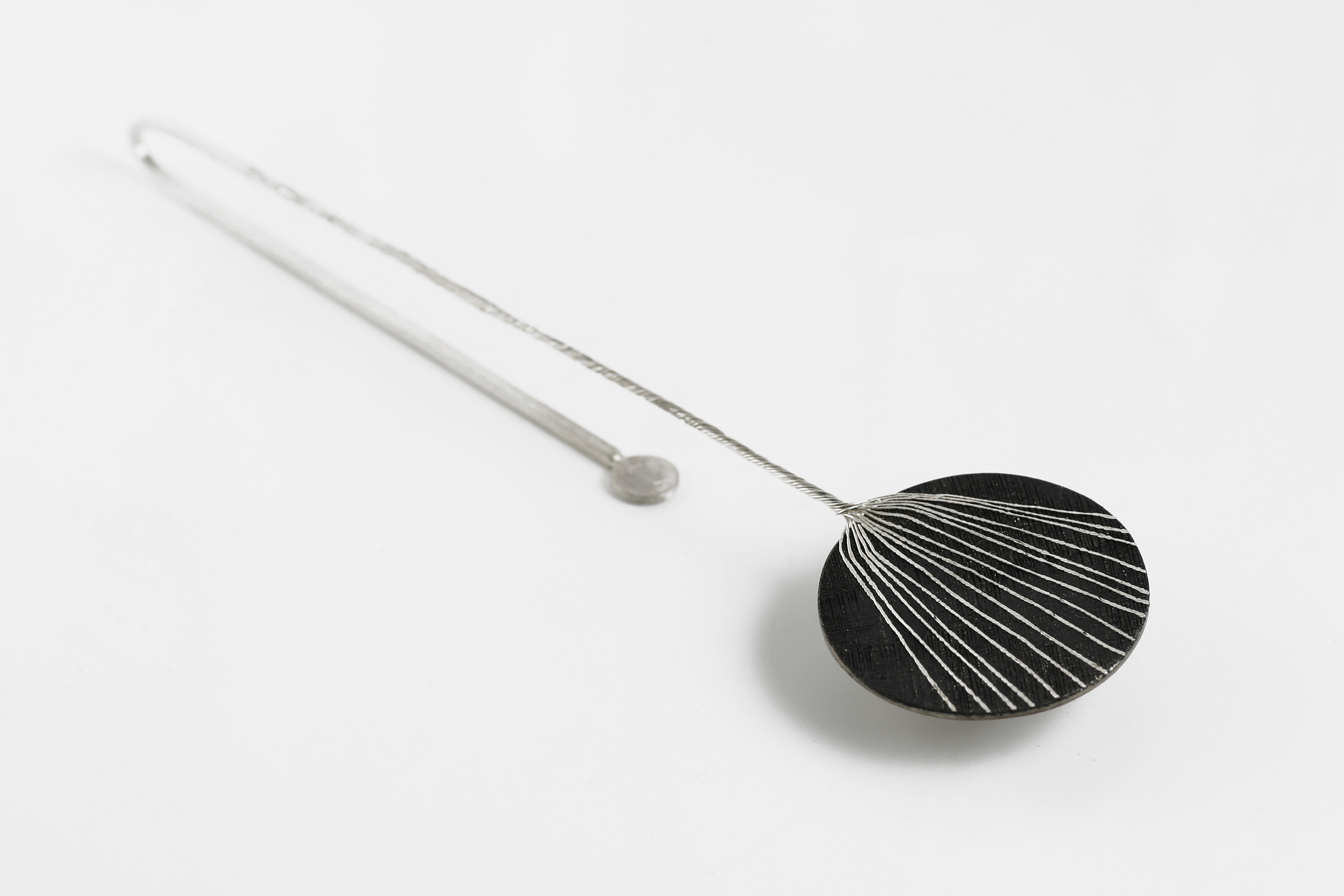